We were shooting for two glorious days in the Alps (Timmelsjoch, Ötztal) to produce an epic film featuring Christophe LeMével, a French pro-cyclist using Garmin Edge800. The bicycle computer is a coaching device that monitors your physical performance, tracks your position and simulates a virtual partner that you can race against. 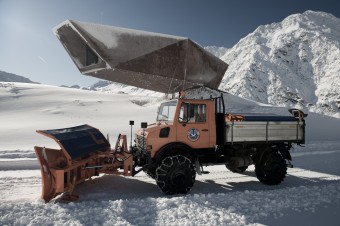 The location recce on Timmelsjoch was only possible with a snowplough as the road was fully covered with snow. Serious effort using salt and “big boys toys” was needed to get the road ice free and in condition to shoot the film.

Christophe was brilliant and the footage we captured across the days and in magic hour sunset was stunning. Nevermind the serious chill which cast and crew had to put up with … gives it that extra bit of realism. 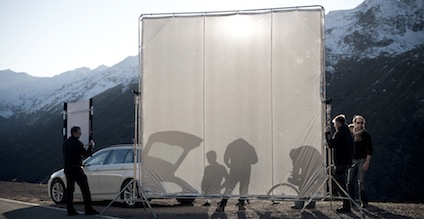